send us a message

Previous Next
olympics flooring in london at eton manor

Euro-Pean Flooring in Horsham were tasked to install carpet flooring in London at two venues within Eton Manor, which played part of the Olympic complex during the London 2012 Games and Paralympic Games.

The first flooring in London installation was a 3,500 square metre carpet laid inside the Eton Manor Sport Centre (pictures below), which was to be used as a changing area and hospitality area for the athletes and their families (a safe environment).

The second flooring in London installation was a 3,000 square metre carpet laid outside within the 75 metres long by 30 metres wide temporary ceremonies tents (not pictured), which was used as changing facilities by the 15,000 people involved in the Opening and Closing ceremonies for the Olympics.

For the Ceremonies job, our team of eight Horsham flooring specialists installed a rubber underlay and timber deck to protect the tennis courts beneath, and then fitted the super cord environmentally recycled eco corded contract carpet over the top.

As soon as the Olympic ceremonies were finished we had to dismantle the London flooring installation and remove completely from site under extremely strict and pressured time frames in order so that the site could then be prepared for the Paralympic Tennis. 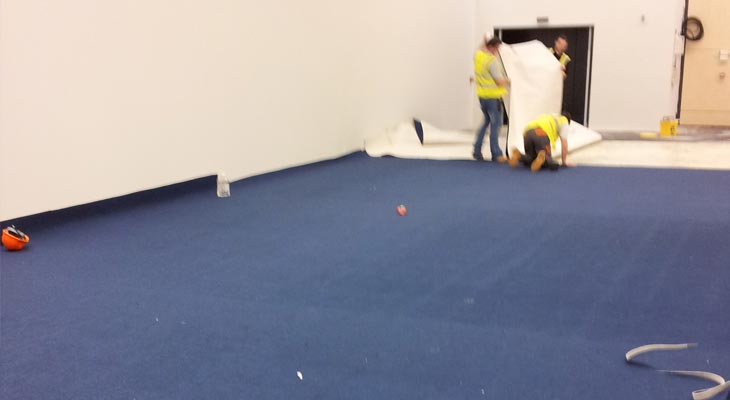 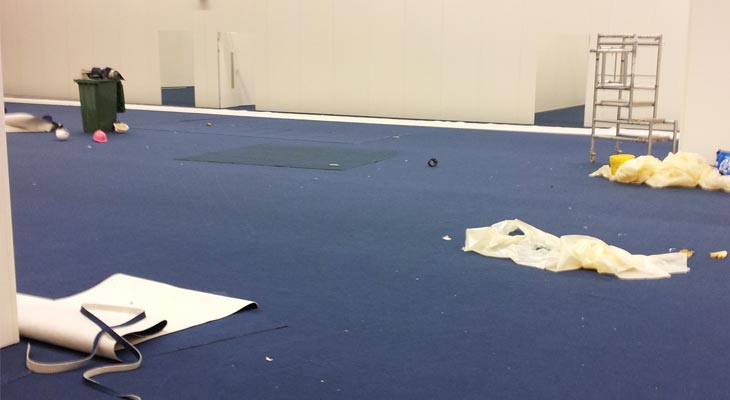 Here we see a side angle inside Eton Manor Sports Centre with much of the super cord environmentally recycled eco corded contract carpet fitted in place. 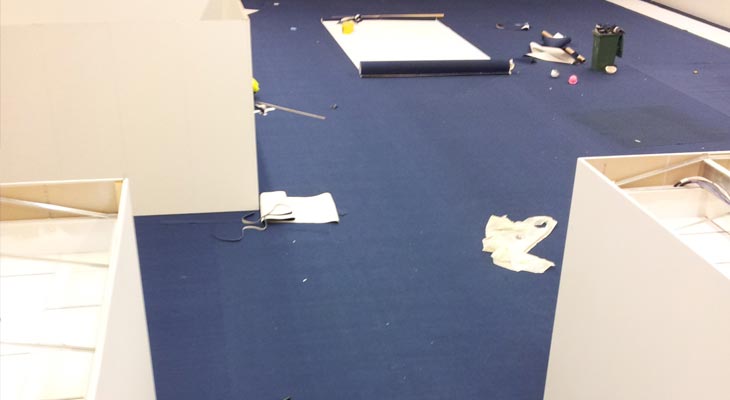 carpet view from above

A view of the super cord environmentally recycled eco corded contract carpet from above, installed around various athlete changing rooms and hospitality areas. 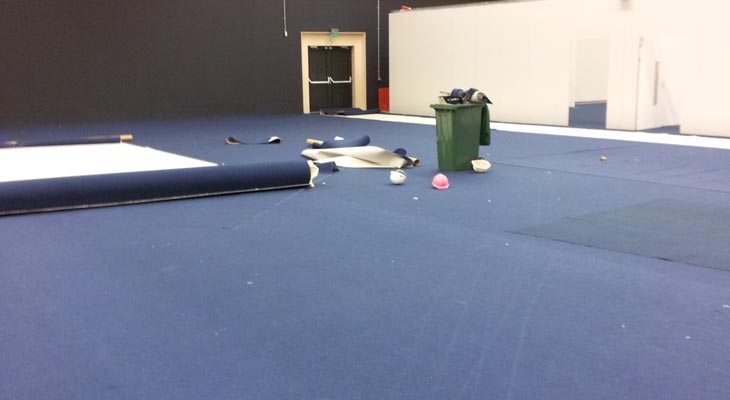